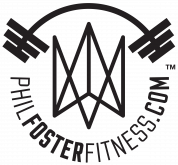 TRT Before and After: Feel Like Yourself Again with HRT for Men

In part one of this series, you self-assessed to see whether or not you have low T. If you checked two or three boxes, there’s a concern. Five or more boxes means you’ve got an urgent concern and need to get tested immediately.

In part two, I showed you how I can help you secure TRT without dealing with insurance or begging for a general doctor’s referral.

Now in Part Three, let’s take a glimpse into your future. What will life be like after you begin testosterone injections and bring your T score up where it should be? What kind of man will you become? In many ways, this future can be mapped out according to the ten most common symptoms men with low testosterone experience.

Let’s look again at those symptoms to discover how you’ll overcome them with TRT.

If you’re young, you’ll feel young. That sounds strange, but many men even in their twenties feel ancient. Their friends have energy for days and pound their girlfriend into a stupor in the bedroom. If you feel like you can’t keep up, TRT will show you the man you were meant to be. You’ll become the envy of your buddies instead of the old man in your group.

If you’re an older gentleman, you’ll get your old self back. It’ll be like you’re thirty again. You’ll chase your wife around the house like she’s a new bride, and she’ll love it. And you’ll outwork the younger bucks at your job.

All of this happens within three to four weeks. Not months. Weeks.

This is one of the first things to change. You should see more mental clarity and more ability to focus for longer periods. No more forgetting important tasks or what you walked into the grocery store to buy. You’ll know exactly what to do and remember details with a sharper grasp.

Testosterone makes you feel powerful. That means fewer worries, less agitation, and better sleep. When you sleep better, you’ll wake up feeling more rested and energized for your day. And that energy will last all day long instead of dropping out after lunch time. You’ll be a powerhouse from sunrise till the moment your head hits your pillow at night.

A man with adequate testosterone can move mountains. Expect sustained motivation to and through goal achievement. You’ll want to get things done, and you won’t be able to sit still and do nothing. Get ready for maximum productivity.

Like I said before, testosterone makes men feel powerful. That means nothing threatens you. You’ll gain an innate ability to manage stress that will leave others wondering what your secret is. Does he have an ace up his sleeve? Yes, it’s called being a man. You’ll gain a natural resistance to anxiety and depression that allows you to power through hardship.

Low testosterone makes you fat. High testosterone turns your metabolism into a furnace. You need fuel to power the engine, and if your engine is finally firing on all cylinders, you’ll use fuel like never before. That means you can finally lose weight again, and burn it off more quickly. High testosterone puts weight loss on easy mode.

Think for a moment: What do you picture when you think of a “high-testosterone man.” Huge muscles, right? We instinctively know the two go together. That image you see in your mind is what you can look like with adequate T. You’ll see muscle growth and definition like you’ve only dreamed of. And it won’t just be showy muscle, but usable muscle. Because testosterone and protein build lean muscle that gets the job done.

You’ll also be more efficient in the gym, and you’ll build lean muscle tissue again because androgen receptors are waking up. You won’t have to work out anywhere near as hard or as often because your body will use the exercise more efficiently to build you up.

Say goodbye to the dad bod. You may see man boobs and beer gut slim down, but it’s going to take a little work. That’s because Low-T men usually eat a lot of crap that makes them feel and look terrible. You can’t just eat pizza and drink beer every day. You still need to take care of yourself. Because Low-T bodies are predisposed to store rather than expend energy, like a mother bird padding her nest.

But getting that estrogen down and taking the weight off becomes so easy after TRT. Everything runs more optimally when your testosterone levels are where they should be.

If you’re not getting along with your mate, your interest in propagating and breeding increases as well. Your desire for sex increase. You’ll become a hornier guy. That peaks initially and levels off. Most men’s androgen receptors have been asleep for a while. For the first two months, it’s like you’re going through puberty all over again.

Let’s hope your partner is onboard, because you’re gonna have her walking bowlegged for a while. The size of the smile on her face will tell you how much she appreciates the change.

How else does that change affect your significant other? You’ll give off a dominant alpha vibe. You’ll naturally give off dominant nonverbal cues. Your voice may deepen. You’ll look and act confident. Your pheromones will also be doing what they need to do. She’ll treat you like a predator she wants to keep around. That means lots of affection and lots of seeking your approval. You’ll have her purring for you.

How does that affect your love life if you’re single? As testosterone increases, you engage in more risk. You’re assertive. You ask for women’s numbers instead of just letting them leave with a hearty handshake. You approach more women looking for opportunities to connect. And you’ll look good doing it. Your confidence will be real because you’re feeling better about yourself. You cast a shadow based on how you feel, and women pick up on that. TRT will have them strutting for your attention.

When your T levels increase, you’ll assert your dominance in your relationships. That doesn’t mean you’ll become an asshole. But you’ll take the lead. You’ll say, “I got this.” Because you are the king of your dominion. Everything in your realm is yours.

Some guys, through social conditioning, will be a jerk in the initial phase because they’re not used to feeling powerful. And some women have beaten their men down so they won’t know how to react when the man reasserts his control. Men who’ve lost control have a hard time gaining that back. As he reasserts himself, his leadership role will be tested for months. As you assert yourself in the relationship, she will fitness-test you to the moon and back. She will test you to see if you have control or not. When she sees that you pass the tests, she’ll start getting jealous. She will be mad at you. She will want to feel the way you feel.

We call this the top test. Are you going to stick with what you say? Or are you wishy-washy?

Use the gift of higher T to assert dominance. “I’m back, and I got this.” Men fail their spouses and children because of low T. Your pride comes back when you’re hormonally optimized. You may still be overweight, but you respect yourself now. Who you were comes back. And after you pass her tests, she’ll fall into your arms and be ready to be the woman again. Because she’s finally got a real man taking care of her.

How’s all of this sound? This can be your future. Ready to make it happen? Good. Let’s get your bloodwork done and start the process.. Hit me up and we’ll make that happen. Schedule an appointment right now.